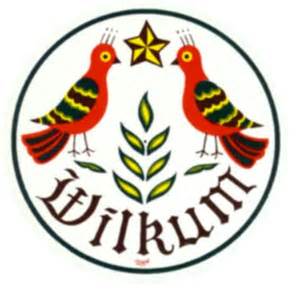 There appears to be a bit of contradiction when looking into PA Dutch Hex Symbols. First off, I have not really seen one painted upon the barns of the local Amish farms in the Mifflin County area. They appear to have been used by the ancestors of the  Pennsylvania German settlers on birth certificates, furniture, pottery, textile, and other items.  Indeed many are thought to have come originally from religious motif designs, the two main patterns being the Sun and Tree of Life. While many people today use Hex Signs purely for decoration, the local Amish appear to not really be into the metaphysical side of it.

Hex Signs were first seen painted on the sides of barns, stables and houses of the Pennsylvania Dutch in the 18th century. However it was
not until the mid 1850’s when paint became less expensive that people painted barns at all. The custom of using these signs may have been derived from the Old World, brought from Germany and Switzerland by German immigrants who settled in Pennsylvania.

The name "Hex", has two possible meanings; 1. taken from the German, "die hexe"; meaning Witch or 2. the popularity of the six-pointed star design and the German word for six being "sechs", which sounded like Hex to their English-speaking neighbors.

Hex signs were originally made by hand by a skilled painter for a particular client.  In the early 1940's, Jacob Zook of Paradise, PA successfully pioneered the hand "silk screening" of hex signs. This lead to a faster time and reduced cost to make signs and also had the symbols meanings standardized a little bit. Interest in hex signs blossomed once they became readily available.

The Mythical connection to Hex signs comes from the 1920's. Wallace Nutting wrote Pennsylvania Beautiful(1924) in which he
raised the claim that barn signs were used to ward off evil. The claims reached national attention due to a witchcraft-related murder in York County, Pennsylvania.  The 1928 murder of Nelson Rehmeyer by another Hex Doctor attracted the attention of the news media and introduced the word hex into the American vocabulary.
The hex can be worked by either sex. There are professional hex doctors whom are thought to be able to control the forces of nature, cure sickness, and thwart the intentions of evildoers by means of magic formulas handed down from the Middle Ages and from Romani (Gypsy) practitioners. The colorful, geometric hex signs are thought to protect the inhabitants within from malicious curses, spells, and the evil eye.