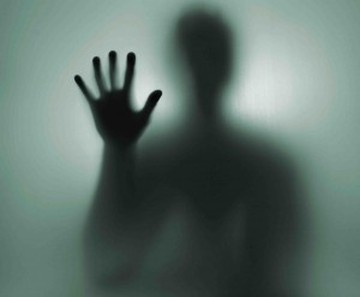 There are three broad categories of hauntings that are often referred to as “three main types of hauntings” that we investigators run into in the field. At any location with paranormal activity one of the first steps is to figure out which of the categories the case falls under. Some cases have a combination of the three. We never know quite what to expect when walking into a new investigation.

The first type of case is called a “residual haunting” this type of haunting is like a movie reel playing itself over and over. The theory goes that events with strong emotion or even daily repetitive actions can create a psychic imprint that lingers in the environment. These can come across as footsteps, apparitions, noises… the key is they do not interact with anyone or anything in the environment.  They even will ignore new construction … an apparition that turns and walks through a wall that was once a door way is a good example of this. The important thing to remember about these is there is no spirit actually there.  They typically seem to occur on the anniversary of the event or after some kind of remolding but this isn’t an exhaustive list.

The second type of haunting is the kind most people think of when they think of their home or business being “haunted.” This type of haunting is the type where an active spirit is involved and the spirit is able to interact intelligently with those around it. This is the typical “ghost” we all think of.  They can be benign, benevolent, or malicious but the common factor is they are human spirits of people who once walked this earth very much alive. They often return to places of significance from when they were alive or seem to be stuck in the place where their deaths occur.

The third type of haunting is called a Non-human entity or Demonic haunting. This is the rarest of the haunts and one of much debate. Some categorize this as strictly demonic beings while others include beings that may not be demonic in nature at all but are instead other kinds of spirits (elemental, nature, etc). These spirits range from indifferent to downright evil. Typically these spirits are not wanted in the home as they are at best unpredictable and mischievous and at worst lash out and desire to seriously harm both mentally and physically any human in their vicinity. Demonic entities are evil and work to destroy their targets and are thought to even be behind some people committing heinous acts against humankind and even some suicides. Many groups of investigators will not take on these cases as these entities pose a great threat to the safety of themselves and their teammates. Others take on these cases with extreme caution and most often a priest or equivalent in their (or their clients) religion to assist them.  These cases are not to be taken lightly and most investigators in contact with these beings suffer some kind of attack even days after the case has ended. These cases are thought to arise in places where extremely tragic and horrific events have occurred. They are also thought to frequent areas used in dark magic or satanism.  They are even thought to be able to enter a home through the use of a Ouija board or séances. It is worth noting that they often masquerade as something non-threatening to gain entry and access to a location.

These are just a few details about the three primary types of hauntings.  Any one of these goes into great depth, detail, and complexity but this is a spring board to give a brief introduction to what they generally are about.